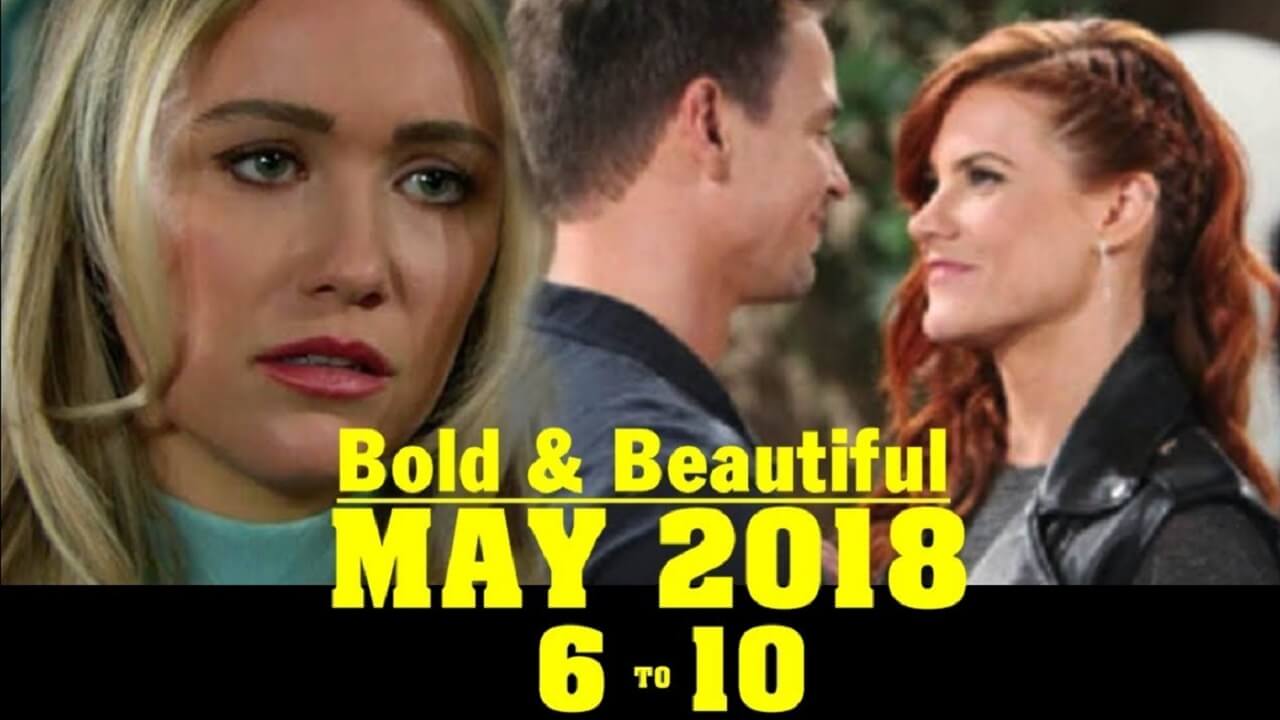 The Bold and the Beautiful spoilers for May 6-10 promise a week of heartbreak, manipulation, lies, and schemes. Breakups, homecomings, and dirty tricks on dirty players become the name of the game during this explosive May Sweeps week.

It’s OUT with Sally and IN with Flo as Wyatt’s life flips upside down. He and Sally have it out one too many times and she can not take it anymore. His accusations and his mother’s influence are more than she is willing to handle.

Little does Sally know it was Wyatt who was playing around on the sly. She will soon find out, though, when Wyatt and Flo move way too fast! No sooner are her bags packed than he discusses his future with his high school sweetheart.Can there really be a future, though?

Flo loves Wyatt (and always has) but her lies will definitely come between them. Expect her guilt to continue to skyrocket the closer she gets to the LA crowd. Living under the same roof as Hope definitely has its advantages and Thomas uses the proximity for all it’s worth.

Expect him to hit a home run this week when he dials up the charm and steals a romantic midnight kiss. Thomas may want to watch his back. Liam ()gets wind of his smarmy ways and catches the next flight home.

Expect Liam to fly into a rage the second he gets his hands on Thomas. You will not want to miss a second of this action! Meanwhile, Katie needs more proof of Bill’s loyalty before saying yes so she puts him to the test.
cotinue reading on the next page —>

The Bold and the Beautiful Spoilers for Monday, May 6

The Bold and The Beautiful Spoilers Next Two Week