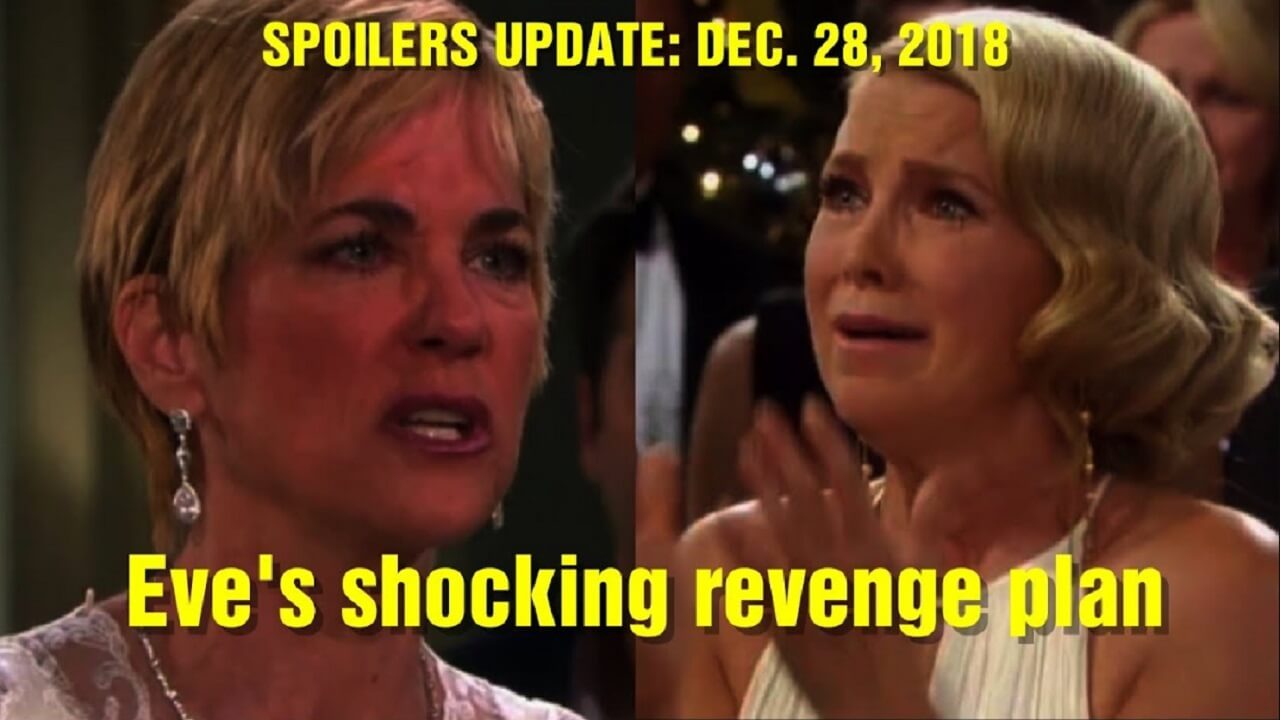 Days of Our Lives Spoilers Eve’s shocking revenge plan. “Days of Our Lives” spoilers reveal that there will be a few returning characters. One is Jack Deveraux. Another is Eve. There is also another man from Jennifer’s past who will resurface. It turns out that Jack and Eve’s return will have their stories intertwine. Find out what is known so far.

According to the latest issue of Soap Opera Digest, both Jack and Eve return to Salem on December 28. Not much is known about Jack’s return. What Melissa Reeves hinted during previous interviews is that she was stunned when reading the script.

Although the actress has not come forward with specific “Days of Our Lives” spoilers, fan forums are filled with speculations. There is also a sneak peek photo in Soap Opera Digest that teases Jack and Eve are together on New Year’s.

This is leading some fans to predict that the two come back to Salem together or end up having a romantic connection soon afterward. If this happens, it will reignite the volatile feud between Jennifer and Eve.

Another character from Jennifer’s past returning is Henry Shah. As viewers recall, Henry and Jennifer dated for a short time. continue reading on the next page —>

Days of Our Lives Spoilers Ciara left Salem with heartache