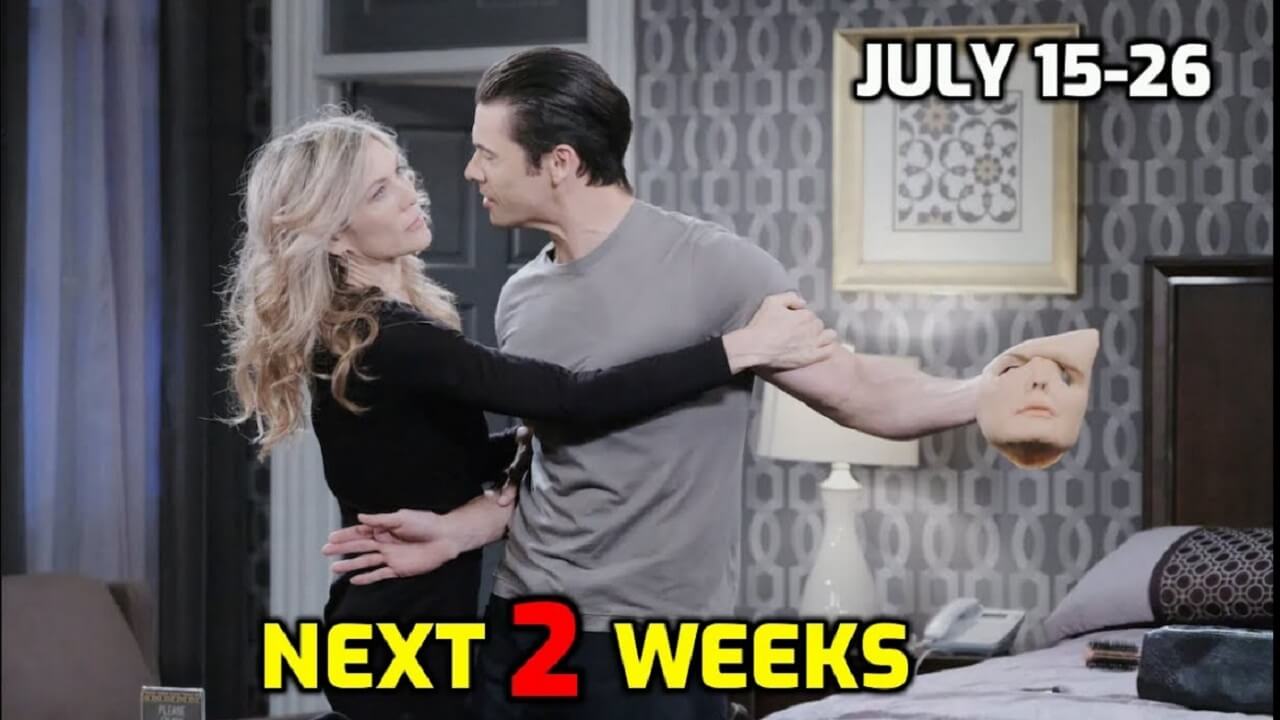 Days of Our Lives spoilers for the two weeks of July 15-26 see Xander Cook and Kristen DiMera turn on each other. Things get nasty and he winds up behind bars, but won’t be there for too long. Jack Deveraux and Eric Brady ponder big life changes. Meanwhile, Stefan DiMera isn’t happy to be a target on the NBC soap.

DOOL spoilers promise the cops arrest Xander Cook for kidnapping Ted Laurent and Kate Roberts. While he’s in a cell, Kristen slaps on her Nicole Walker face and tries to get Brady Black into bed once again. He’s off-put by this.

When Hope Brady, Ted and Kate accuse him of imprisoning them, he’s floored. Abe Carver finds out his daughter’s getting married. Also, Eric hates seeing Rex Brady with Sarah Horton. That and Nicole’s rejection has him considering leaving.

Out of jail thanks to Ted, Xander gets back at Kristen DiMera by stealing her Nicole mask. Xander leaves his El Erotico mask in its place. Ted lies to Hope about what really went down with his captivity. Plus, Gabi Hernandez suspects Nicole targeted Stefan, reveal new Days of Our Lives spoilers.

When the middle of the week rolls around, Days of Our Lives spoilers say Jennifer Horton speaks up. She wants Jack to get his memories back now. Gabi’s further suspicious when a conversation with Nicole goes off track. After the arrest, Brady tries to fire Xander Cook from the Kiriakis corporation.

Gabi doesn’t like Kate targeting Stefan and tries to get her to tell what really happened. DOOL spoilers tell us Will Horton finds out something uncomfortable. Hope and Ted get steamy but just a little and Ciara Brady’s mad about it. Then, Xander takes his games with Kristen to another level.cotinue reading on the next page —>

Days of Our Lives Spoilers Monday, July 15 Stefan Was Arrested