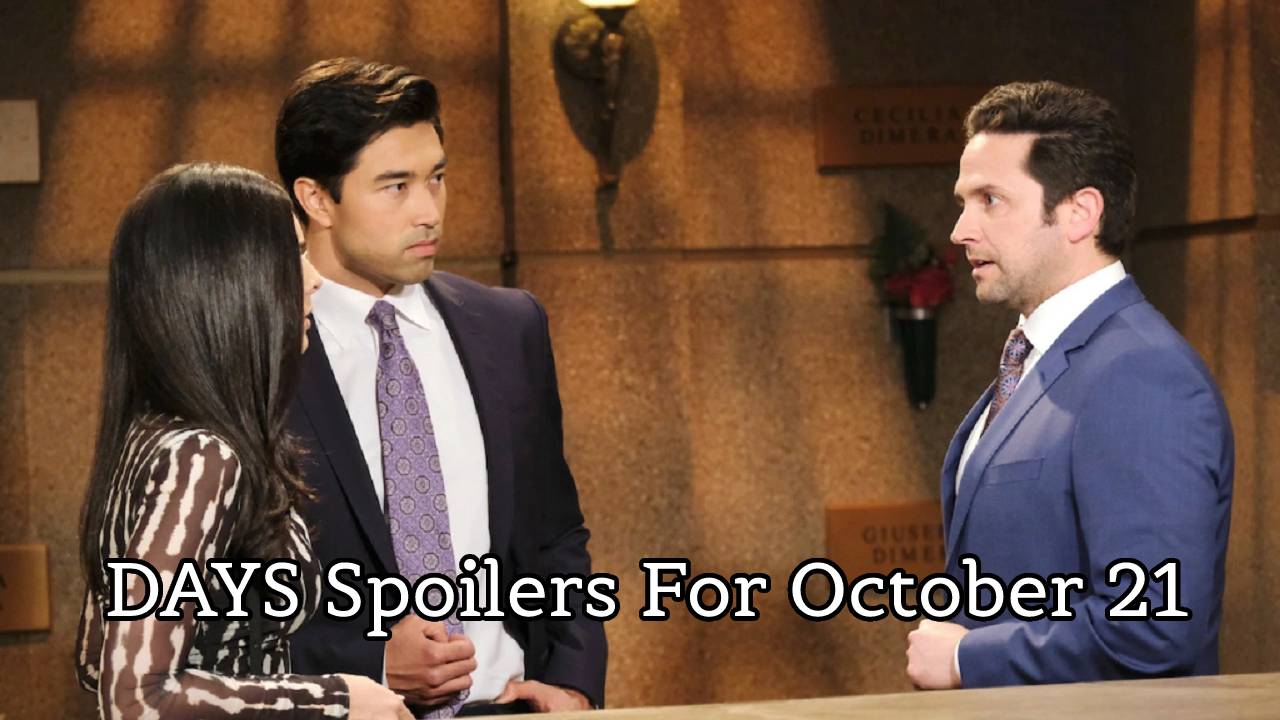 Days of our Lives spoilers for Friday, October 21, 2022, tease a much-needed assist, personal torment, and torturous pondering. You won’t want to miss a minute of this brand-new episode. Rafe Hernandez has never been the best of big brothers. Sure, he tried to do right by Dario — look how that one turned out.

Gabi Hernandez DiMera, but he’s always quick to think the worst of his little sister, and he always chooses to take anyone and everyone’s side over hers. So, it’ll probably come as a major surprise to Gabi when Rafe actually proves himself an ally and fills her in on some much sought-after info. It seems wonders never will cease.

In light of his breakup with Chloe Lane, Brady Black is feeling awfully blue…and lonely. And cold-hearted Kristen DiMera won’t be any sort of substitute for the red-hot lovin’ that Chloe used to provide. Don’t be surprised if Brady apprises his blackmailer of that fact, and don’t be surprised if Kristen lashes out as a result.

Meanwhile, look for Stefan O. DiMera to give (some) credence to the idea that somebody — probably one of his kin, most likely Kristen — tampered with his noggin and purposefully steered him away from Gabi. Multi-hyphen Eric Brady — former-priest, barkeep, and award-winning photog — is soon to receive stunning news about his job…which we’re presuming is the one he performs at Basic Black.

Might Rafe’s hissy fit have convinced Nicole Walker Hernandez that she needs to put as much distance between herself and Eric as possible — meaning that she’ll remain in, and he’ll very much be out? Or could he be getting an award for a job well done? After all, there’s not a shutterbug in the world more talented than Eric.

Days of our Lives (DOOL) airs weekdays on Peacock+ in the U.S. and The W Network or the Global TV App in Canada.