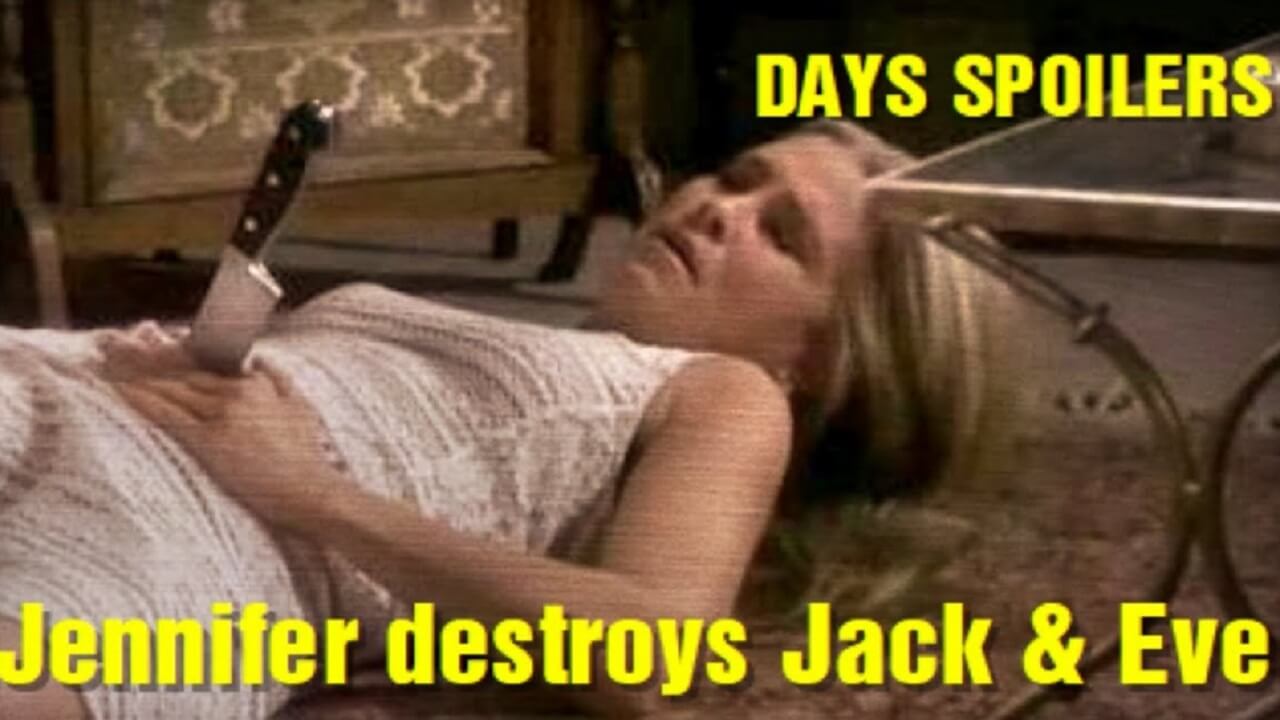 Days of Our Lives spoilers after everything that Jack and Eve did for Haley, JJ got hurt. When Jennifer watched Jack continued to dismiss his old morality and ruthlessly use others for his benefit, Jennifer realized he was no longer the man she loved.

While Jennifer still cared about him deeply, she hated seeing him like this. Although, Eve turned Jack into her mayor puppet. She is running the program and Jack buys her way of thinking.

Because Jack has no memory to rely on, he lost his guard on the person he used to be. Jack no longer has the same kind heart, so Jennifer will really do her way to get Jack and Eve to pay the price.

Jennifer will do her part to help Haley. If she can’t do that, at least Jenn will want to help anyone else that Jack can target. Jennifer disagreed with Jack’s harsh stance on immigration and she was sure Jack didn’t agree. Jennifer will do her best to ruin Jack’s campaign. Jennifer is not a revenge, so it is not that she will start hurting Jack.

Jennifer clearly thought that Abe should stay in the mayor position. The town will be better without Jack as their leader. He doesn’t care about the Salem people like Abe, and nothing will change unless Jack regains his memories. cotinue reading on the next page —>

Days Of Our Lives Spoilers for Monday, March 18 | DOOL