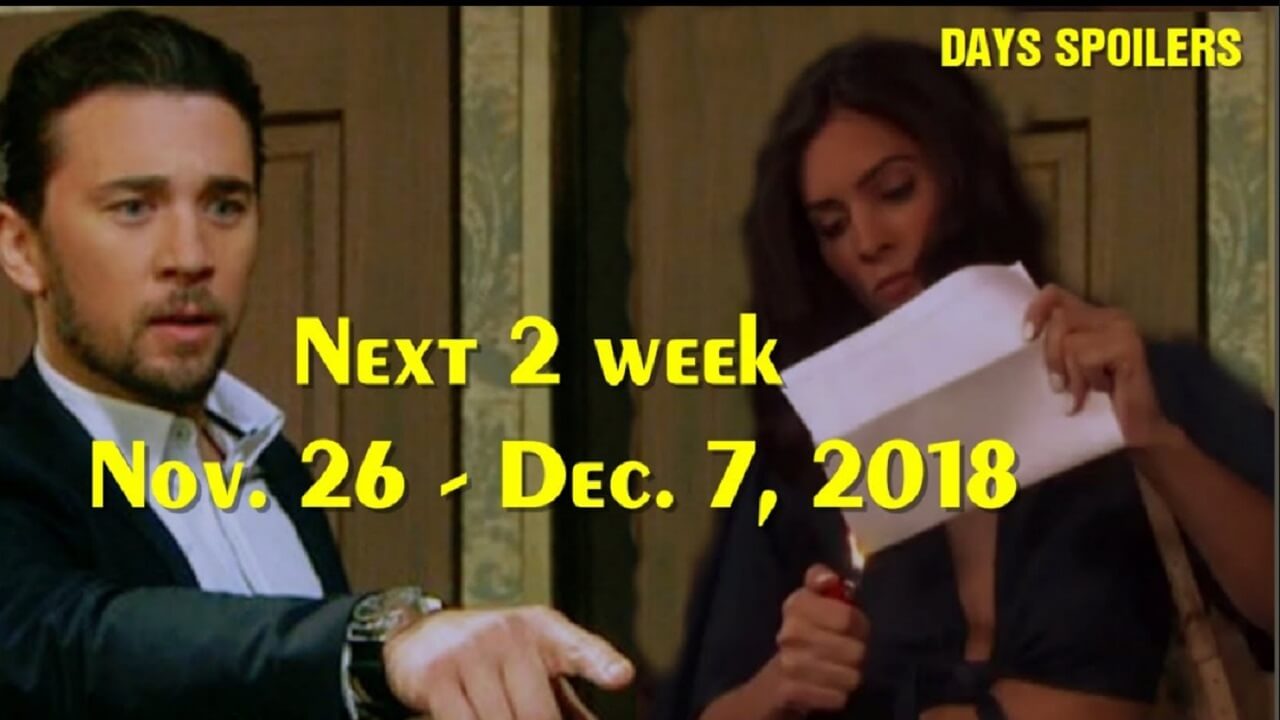 Days of Our Lives Spoilers Next 2 November 26 December 7. Stefan DiMera comes to the aid of Steve Johnson. Steve Johnson hates Stefan DiMera with a passion. However, Stefan might just be Steve’s savior and free him from the hellish nightmare he’s been living since being accused of being a spy.

DOOL spoilers say that Kayla Brady faces off with Stefan. Kayla believes that he is responsible for Steve Johnson’s current predicament. After all, Stefan indicated that he could control Steve’s new eye. It makes sense that Stefan set Steve up. However, as with many storylines on NBC’s Days of Our Lives, things might not be as they seem.

Stefan maintains that he didn’t turn Steve into a spy but Kayla doesn’t believe him. Throughout Kayla’s life, the DiMera’s have done nothing but hurt those she loves. Why would she believe that Stefan didn’t set out to hurt Steve? The two have butted heads every time they came in contact with each other. It wouldn’t be far-fetched that Stefan wants to hurt Steve.

On Days of Our Lives, there is no love loss between these guys. Steve feels that Stefan took advantage of Abigail Deveraux. Without Jack Deveraux, Abigail’s father, around Steve feels responsible for his niece’s well being. He will protect her, just as his brother would. It’s logical that Steve hates Stefan after everything that happened between Stefan and Abigail.

Even with the bad blood between them, Days of Our Lives spoilers reveal that Stefan volunteers to help clear Steve Johnson’s good name. This will certainly shock Kayla. She loathes Stefan. He forced her to do his bidding just so Steve could get the bionic eye. Stefan caused her to betray Abigail and also put her medical career in jeopardy. Kayla has no reason to trust him. continue reading on the next page —>