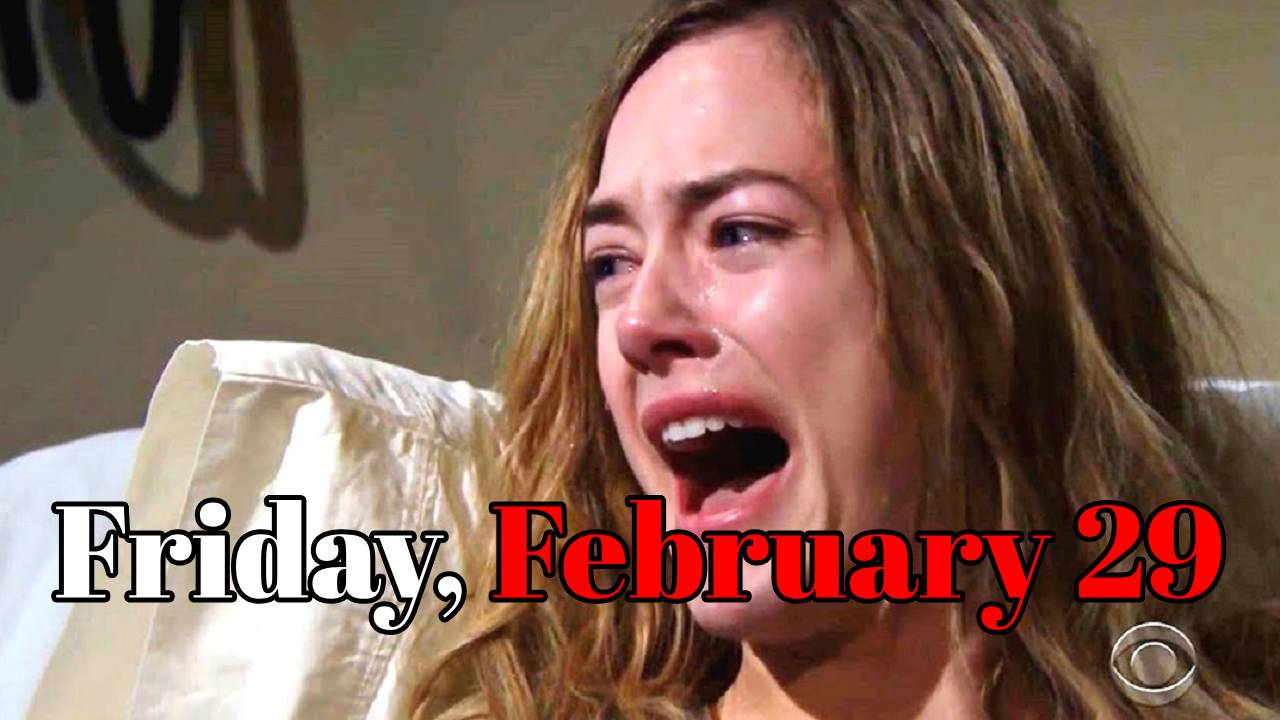 B&B spoilers put Hope Logan urgently trying to end her marriage. It gets to the point where she tries to cast Liam out. Despite both Steffy Forrester and Liam Spencer in defiance of Hope Logan’s plan, the grieving mother’s idea might slowly catch on.

If Hope Logan is not in Liam’s life, you can bet Steffy Forrester will be. It looks like Steffy and Liam Spencer walk a fine line as Steffy Forrester continues her taxing duties as a single mom to two infants. As others soon advise Liam to consider Hope Logan’s offer, things might shift for these three on Bold and the Beautiful.

Steffy Forester might end up leaving town with the babies as Hopes infatuation with baby Phoebe starts to border on bizarre. Jacqueline Maclnnes Wood goes on maternity leave soon from Bold and the Beautiful so Steffy’s absence needs explaining.

Getting away from a wife trying to hand over her husband is strange. So, it’s a good reason for an extended vacation. Still, the B&B spoilers suggests Steffy Forester won’t be off-screen too long word is she’s filming a lot of scenes in advance of her leave.

Little did Florence Fulton know that the baby swap she got sucked into would hang over her future in LA. Not much is known about Reese Buckinghams cohort and crime. Other than she dealt cards in a Vegas casino. She’s about to surprise the fans with her past in more ways than one.

Zoe Buckingham is also still somewhat of a mystery. While Bold and the Beautiful spoilers promised a wild side to this woman when she first arrived on the scene, the full extent of that mode never emerged. That is until Florence crosses her. And now Florence is sticking around LA. cotinue reading on the next page —>

The Bold and the Beautiful Spoilers Thursday, February 28