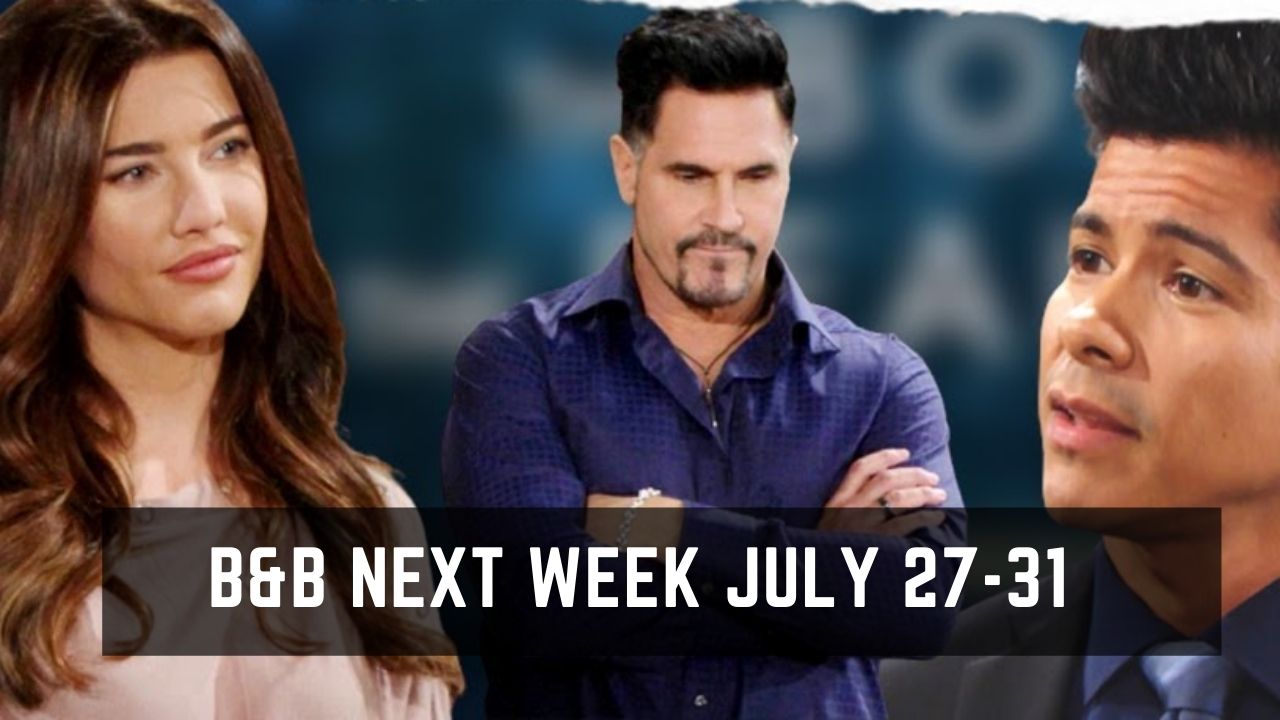 The Bold and the Beautiful spoilers for July 27-31, 2020 promise quite the week for the L.A. elite. The Forresters, Spencers, and even some Logans pray for Steffy’s future. The prognosis is grim and it will take everything in her to make it though. Teasers show the accident leaves Steffy in a bad way.

She has quite significant injuries and faces an uphill battle to recover. It’s lucky she’s a fighter or she may not have survived at all. Expect the crash to add fuel to Ridge and Bill’s rivalry. The men go head to head more than once over the fallen Forrester. As if these men needed another reason to fight it out.

As if the hospital wasn’t busy enough with Steffy’s case (and crazy family), it looks like Sally could be headed there too. Rumor has it she’ll suffer an actual emergency after a particularly grueling and tearful talk with Wyatt. Spoilers reveal the walls completely close in and Sally has to admit the truth.

How much of her lies is she willing to cop to, though? Will she spill all or keep some dirty details to herself? Either way, the stress becomes too much and she goes down for the count. What’s wrong with the baddie now? Is Sally’s anxiety acting up again or is it something more?

The Bold and The Beautiful Spoilers Friday, July 31 B&B Ubdate