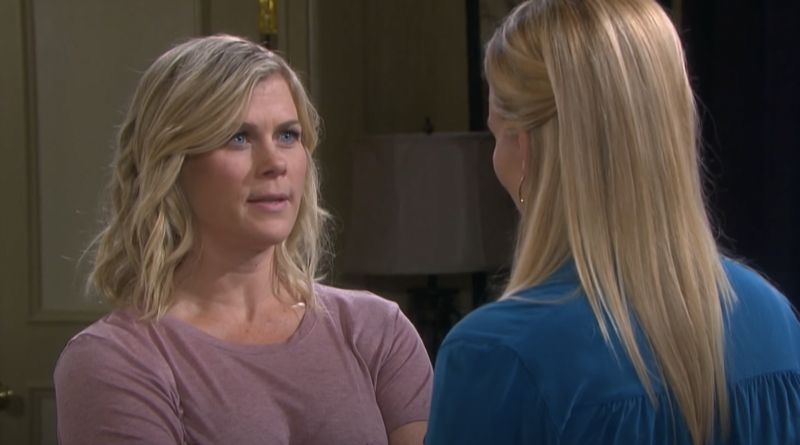 Days of Our Lives 2-week spoilers divulge Nicole Walker is high strung around Eric Brady and he takes notice in episodes June 28 – July 9. In addition, Johnny DiMera arrives in town. Plus, Salemites get romantic and down to business on the NBC soap.

DOOL two-week spoilers share Nicole Walker frets around Eric Brady after his return home from Africa. Nicole is beside herself that she cheated on him with sworn enemy, Xander Cook Kiriakis one drunken night. A guilt-ridden Nicole confided in her bestie Ava Vitali. Then, Brady Black overheard her and Xander but promised Nicole he’ll help keep her secret.

To make matters worse, Nicole’s sister-in-law Sami Brady spied her with Xander and is determined to prove she cheated on Eric Brady. Even though Eric is a former priest, he’s not known for forgiveness. Nicole wavers on whether to confess her sins to Eric. After all, Nicole Walker sleeping with a man Eric Brady hates is a deal breaker on Days of our Lives.

Eric Brady values honesty and trust. So, Nicole penned an email confessing to Eric but decided not to hit send. Now, Eric’s back home from his mission trip earlier than expected. Nicole Walker enjoys a reunion and makes love to Eric, per Days of Our Lives spoilers. But she’s haunted by the secret of her one-night-stand.

Days Of Our Lives Spoilers: Ben And Ciara’s Summer Miracle