Days of Our Lives Spoilers Gabi was shocked by Abigail's decision 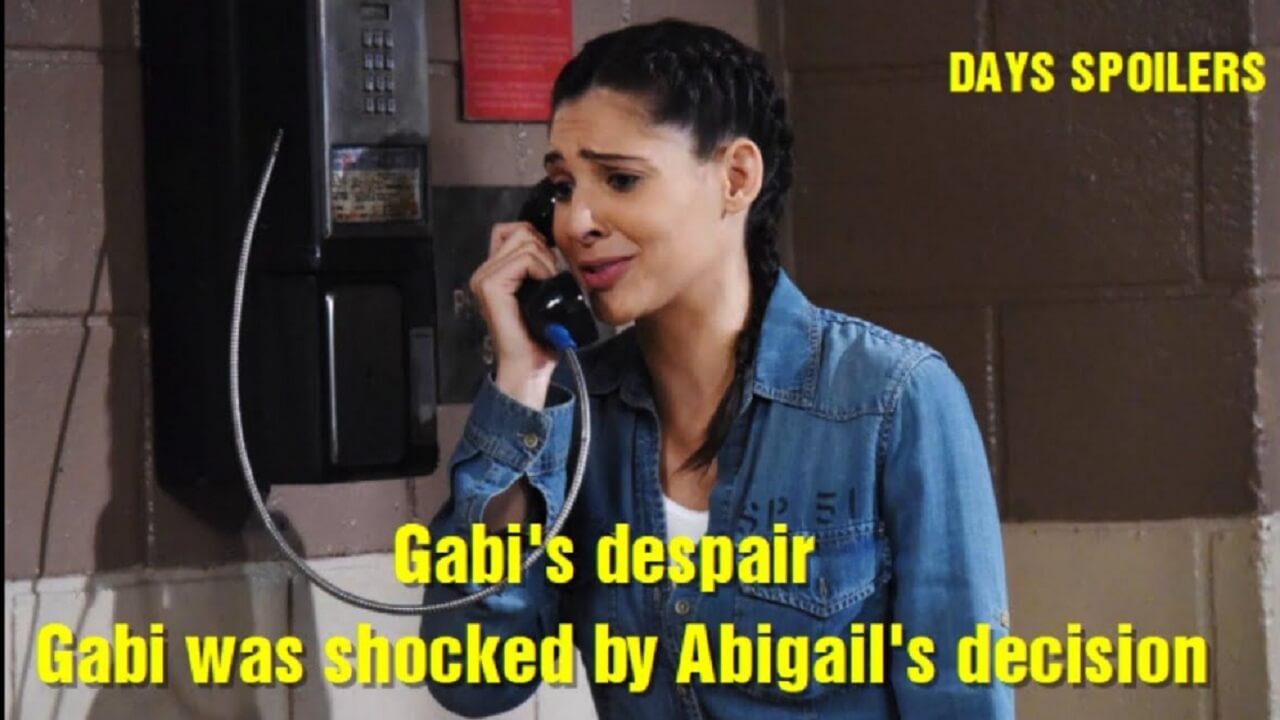 Days of Our Lives Spoilers Gabi was shocked by Abigail’s decision. Wednesday, January 2 reveal a day that will rock Salem to its core as the fallout from Jack’s return continues. Abby has had her fair share of turmoil in life this year but seeing her father again is priceless. You won’t want to miss a moment of this emotional episode!

Abigail felt completely betrayed by everyone in her life. Both of her ex-husbands conspired against her to put her in the mental institution and separate her from her newborn baby girl.

Jennifer and JJ weren’t any better. None of them believed in her. Now her father is back from the dead so it has to get better, right? Well, the two reunite tomorrow. Will Abby be the one to jog Jack’s memory?

Jack’s son is pretty furious at the moment and it’s not like he doesn’t have good reason. JJ rips into Eve for what she’s done with his father. After all, JJ knows exactly what Eve’s capable of too considering their torrid past. But, will JJ’s words fall on deaf ears?

Rafe and Hope haven’t been on the same page lately and it’s about to be more of the same when the married couple clash over Gabi’s actions. Rafe, of course, wants to look out for his sister, but the person his sister tormented was Hope’s cousin.

Hope isn’t one to take that lightly, especially when she knows what Gabi cost Abby. Will and Sonny have been in hell ever since Leo returned from the dead to blackmail Sonny into marrying him. continue reading on the next page —>