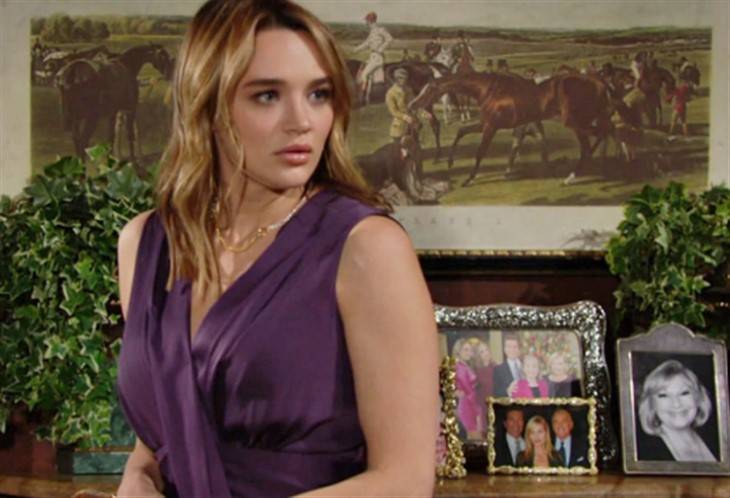 The Young and the Restless spoilers document that Summer Newman made a decision that she thought was best when postponing Skyle’s wedding. However, Tara Locke’s response to Summer’s question about the future might cause nuptial plans to be dashed for good.

Tara implied that she might move to Genoa City, Wisconsin, permanently. Using Harrison Locke’s welfare as cover, Summer recognized where this storyline is leading. Meanwhile, an enemy is working behind Skyle’s back to destabilize this couple.

Summer has been dragged, feet first, into Locke’s marital problems. That happened because Kyle Abbott was with Tara more than three years ago. Tara is justifying her decision not to tell Ashland Locke that they had a child because of his reputation.

Ashland has begun preparing for a custody battle by telling Jack Abbott that he doesn’t know Tara’s backstory. So, Summer rightly fears that this she-said, the he-said scenario isn’t going to bode well for the indefinite future.

The custody battle will just be part of the drama that will become Kyle’s focus. Tara didn’t tell Kyle the truth when she was pregnant. She also didn’t inform Harrison’s apparent father in the years that followed.

However, Theo Vanderway happened to see Tara in New York, as she later confirmed. That led to Sally Spectra being told the supposed truth. She’s been using that against Skyle for a while.

So, with her marriage seemingly being over, Tara is looking to protect Harrison and secure her own future. Kyle, being the apparent father, projects as the solution.

Y&R fans are right to take note of the words supposed and apparent, as this paternity slam dunk could be revealed as a sham if duplicity has or will be involved.

The Young and the Restless Spoilers : Summer Stands Up To Nick; Abby Shares Her Fears With Devon